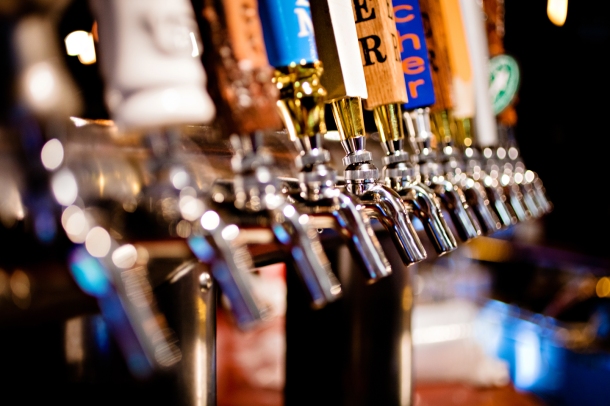 Check with each location to confirm availability of beers listed.

Tailhook Tuesday- see if you can land the plane flying through the bar onto the carrier!

Live music Friday- enjoy the one and only Greg Martin and friends as they rock the mic every Friday around 8pm.

The Museum
Friday and Saturday:
Come down and experience a blast from the past as we are now opening the museum side- filled with a tremendous amount of memorabilia from WWII as well as our brewery and a speak easy, upstairs in our very own Wiki Waki Woo bar. Once you know the secret knock you will be able to enjoy craft cocktails, inspired by the prohibition era, as well as some other beers, served by the owner himself. You will leave with a buzz of war stories and great memories guaranteed!

Beer Cocktail of the Month: Da Coco Loco–$12; Bulleit Rye Whiskey and fresh ginger syrup are shaken together, served on the rocks and topped with our Kewalos Cream Ale. Toasted Coconut bits rim the glass, giving this drink an essence of coconut.

EVENTS:
–Come celebrate Octoberfest HBW style next Saturday, Sept 22nd. We will be serving brats and pretzels all day long and premiere our seasonal Vienna lager in celebration of this German beer-lovers holiday:) *check our FB, Instagram and Twitter feed for more details and information*

Tuesday November 15th
To celebrate Sierra Nevada 36th Anniversary
2 Pub Party (between REAL & Brew’d)
Still working out the final details but can expect about 50 drafts between both pubs including a vertical of Bigfoot 2012, 2013, 2014 at REAL & to complete the vertical 2015, 2016, B.A. & Brew’d some cool Sierra giveaways which include multiple $50 Sierra Nevada gift cards.

Liquid Breadfruit, an imperial golden ale brewed with breadfruit and toasted papaya seeds is now available in large format bottles. This special beer was brewed in collaboration with Dogfish Head Craft Brewery of Delaware, and is available only for a very limited time. Get yours while they last! Available on draught in the Kihei Tasting Room and Lahaina Brewpub.