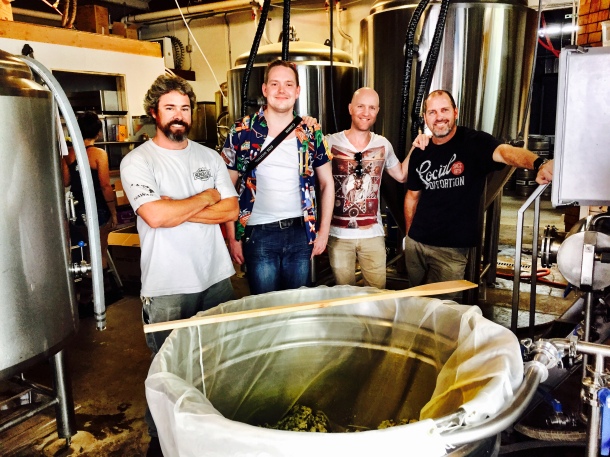 It was a day of many firsts at Honolulu Beerworks. After over 100 batches brewed in a little over a year, Honolulu Beerworks welcomed its first guest brewers into the brewery to help create a unique and island inspired beer. Brian Strumke of Stillwater Artisanal Ales is a globe trotting brewer who has collaborated with many of the worlds best and most exciting brewers. When the opportunity came up to make a trip out to Hawaii to help launch his brand, he jumped at the chance to collaborate with a local brewery and create a unique saison.

At Stillwater, Strumke has focused almost entirely on creating saisons that rely heavily on the flavors that are produced by the yeast strains he works with. He says he likes to create recipes with gaps in them and allow the yeast to really fill in the voids and create a harmonious finished product. Coincidently, the yeast strain (Wyeast Farmhouse Ale) that Stumke uses most frequently at Stillwater is the same strain that Geoff Seideman and Dave Campbell use to create their saisons at Honolulu Beerworks.

The collaboration started a few weeks prior with emails and phone calls back and forth between Seideman and Strumke as they tried to figure out what type of beer they would brew and what ingredients would be needed. Seideman and Campbell came up with the idea of using poha berries from the Big Island in the beer. From there they decided that a dark saison would be a great base for the slightly tart and acidic berries to be blended with. This is the first dark saison brewed at Honolulu Beerworks and to everyone’s knowledge it’s also the first time poha berries have ever been used in a commercial beer. 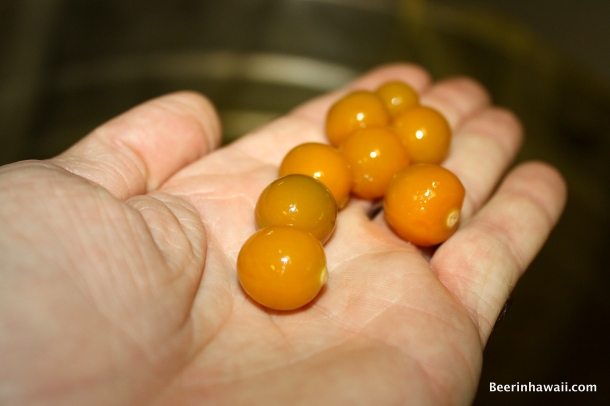 Strumke and pal Søren Parker Wagner, owner of The Fermenter bar and Dry and Bitter Brewing in Copenhagen, joined the brew day as it was already in progress and along with Campbell and Seideman decided to add a large addition of hops to the back half of the process. This was a spontaneous decision after Strumke and Wagner excitedly dug through the hop fridge. A generous amount of Nelson Sauvin was added to the whirlpool while a huge dose of whole cone Mosaic hops were added to the hop back along with the crushed poha berries. 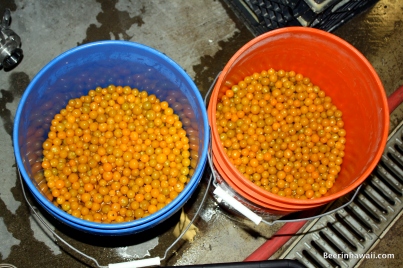 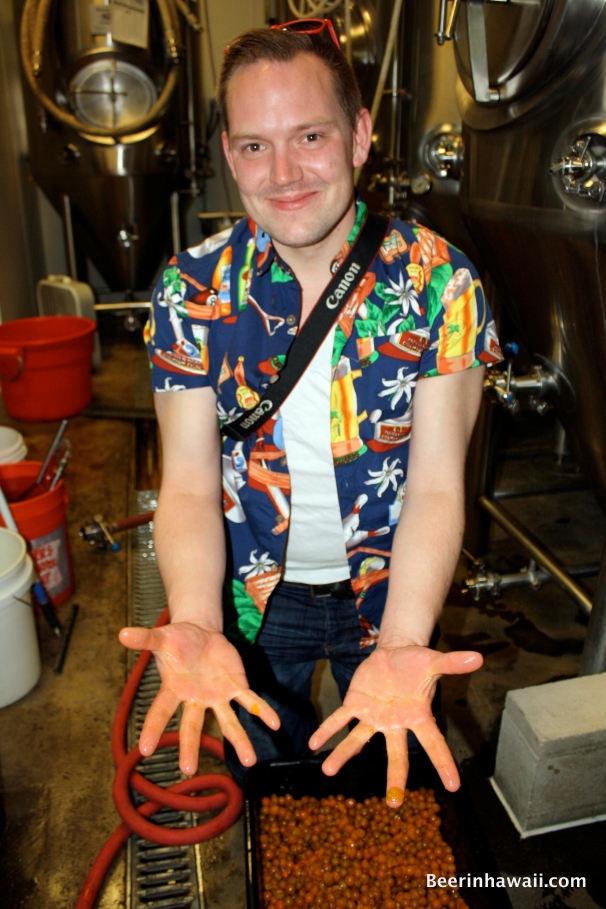 The poha berries had a unique tart flavor similar to gooseberries, but with a texture very close to a tomatillo. The 40lbs of cold berries were crushed by hand to help release their juices before being added to the hop back where the hot wort would pass through them on it’s way to the chiller. 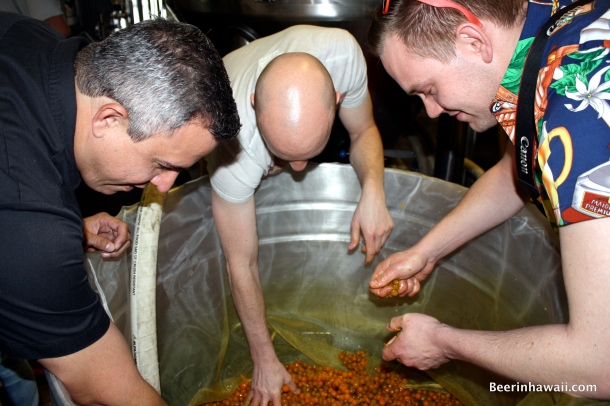 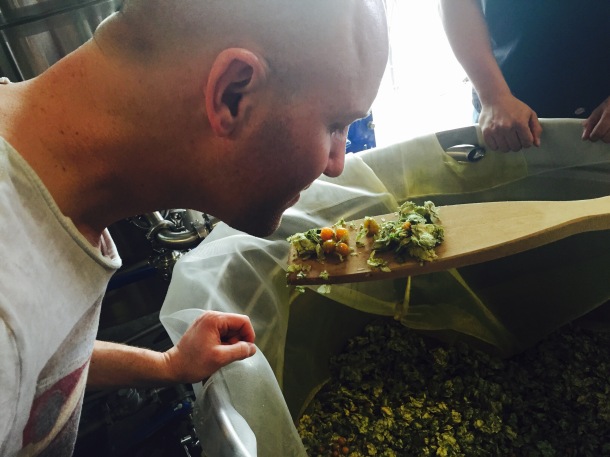 The brewery quickly filled with the smell of pungent hop aromas as the wort filled the hop back. The juicy, berry like qualities from the Mosaic hops should complement the tart poha berries along and provide a huge hop aroma. It was interesting to taste the poha berries after they had been essentially cooked in the hot wort. There intense tartness had been subdued dramatically, while the texture was more like a cooked tomato. 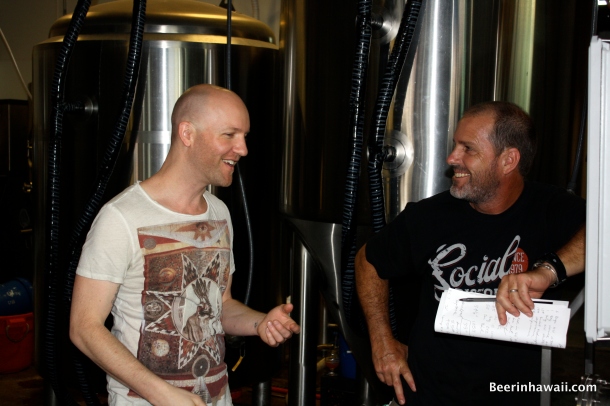 The brewery eventually got pretty packed with special guests like Ron Jeffries from Jolly Pumpkin, Dan Shelton from Shelton Brothers and Jason Hayes of Underground Wine Merchants. Although space got tight, the brewers got the beer into the fermentors and pitched the yeast. Just like that, the collaboration was done and the brewery slowly got back to normal.

The Honolulu Beerworks Stillwater Artisanal Ales collaboration poha berry dark saison should be ready in a few weeks. I’m not sure what they are going to name it, so we’ll have to wait and see.