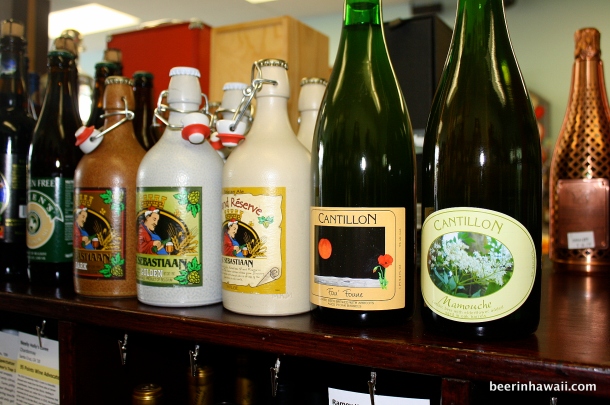 Jill Shiroma opened SWAM Wine in 2006 as a friendly neighborhood liquor store specializing and promoting progressive fine wine, spirits, craft/import beers, and cigars.  Slowly over the years her beer inventory has expanded and now she regularly stocks some of the rarest and most sought after beers to make it to Hawaii.  The small Pearl City shop offers a wide selection of domestic and imported beers and she is a strong supporter of our growing local breweries.  I got a chance to chat with Jill about the growth of craft beer in Hawaii and learn more about those rare beers.

When did you know you wanted to work in wine, beer and spirits?
I always wanted to be in retail and selling liquor was a natural fit.

When did you realize there were more people looking for craft beer?
After I met the TBQ (Two Beer Queers), their video blog helped open the ‘floodgates’ on the craft beer interest in Hawaii. Fans of their show would come in with a list to try. Also our military customers craved for imported and craft beers from their home state. We’re grateful that our distributors listened and began supplying new breweries.

Do you remember your first craft beer you carried in SWAM?
There was not much choice in Hawaii’s distribution in the ’06 year.  It would probably be Rogue.

What styles do you see becoming more popular now?  Are you seeing people becoming more adventurous with their beer tasting?
Collaboration, LE (limited editions), Experimental and Vintage dated beers are becoming more popular. I give credit to social media which encouraged consumers to be more adventurous. For example, Rogue Voodoo Doughnut Bacon Maple Ale was a risky investment. To my amazement the beer sold out in days and generated the most social interaction on SWAM’s Facebook, Instagram, and Twitter accounts.

Have you seen any of your wine regulars make the leap to trying a high end craft beer from time to time?
Yes both ways

What was the first craft beer that left an impression on you?
Brew Dog Paradox. I loved the whisky influence.

What is your current favorite beer or beer style?
I should not disclose my favorite beer, I don’t like to be judged..lol. I love beer with flavor that includes bitterness, slight malty stickiness, and finishes creamy.

What are some of the more exclusive and rare types of beers you like to stock?
Just got in the Fifty Fifty Eclipse Old Fitzgerald Barrel Aged, very exclusive and limited. Thanks to the efforts of Grant Curlow, certified Cicerone, and Donato Loperfido (Flavors of Italy); Hawaii will be seeing more interesting beers on the market. I would love to see more Experimental. SWAM was very fortunate to have an allocation for Brew Dog Tactical Nuclear Penguin and Sink the Bismark. It’s crazy to see a beer at 43% ABV!

How do you decide on what beers and brands to keep in stock?  What makes you want to try a new brewery or style?
Regulars who support a brand will be stocked regularly. I’ll always try a new brewery and style because the beer culture is so insane!

Any breweries that are not currently distributed in Hawaii that you or your customers would love to get here?
Dogfish Head and Founders. Both were given to me by customers to try. My customers are just awesome!

If you could drink only 1 beer for the rest of your life, what would it be and why?
Orion because it’s brewed from my ‘homeland’…okay, you can judge me now….lol 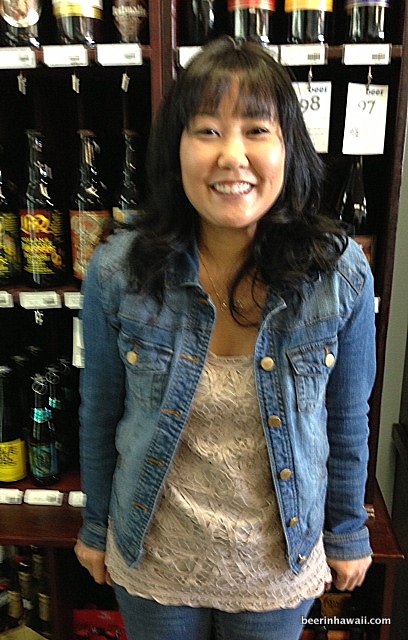 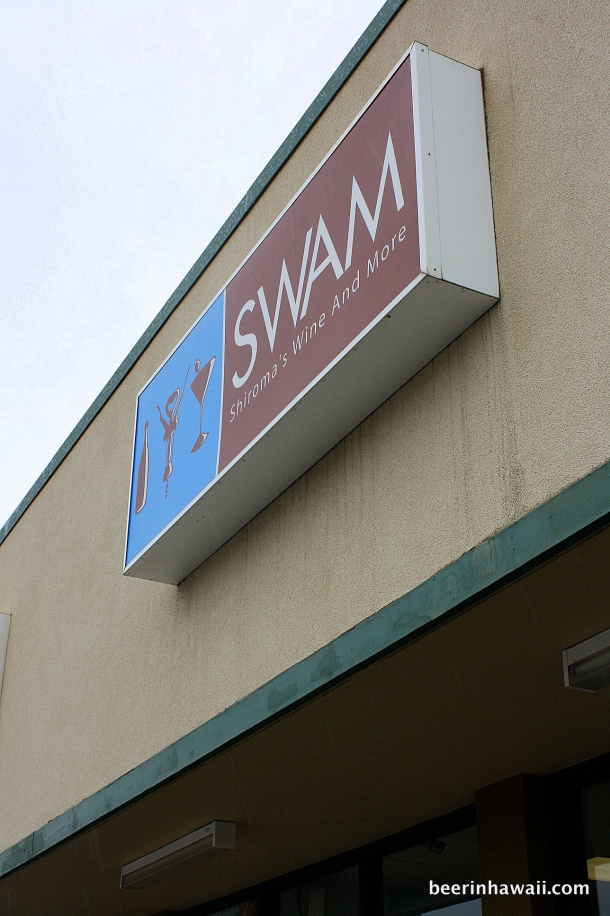 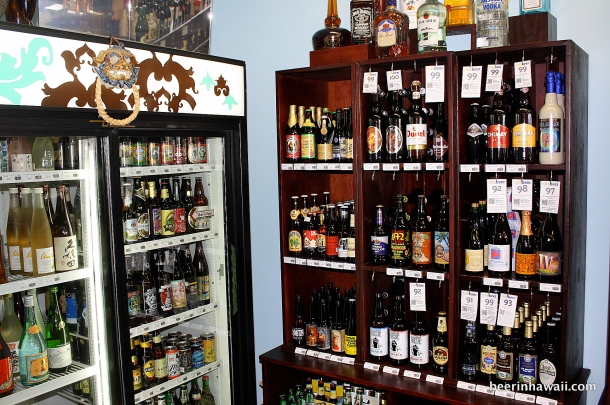 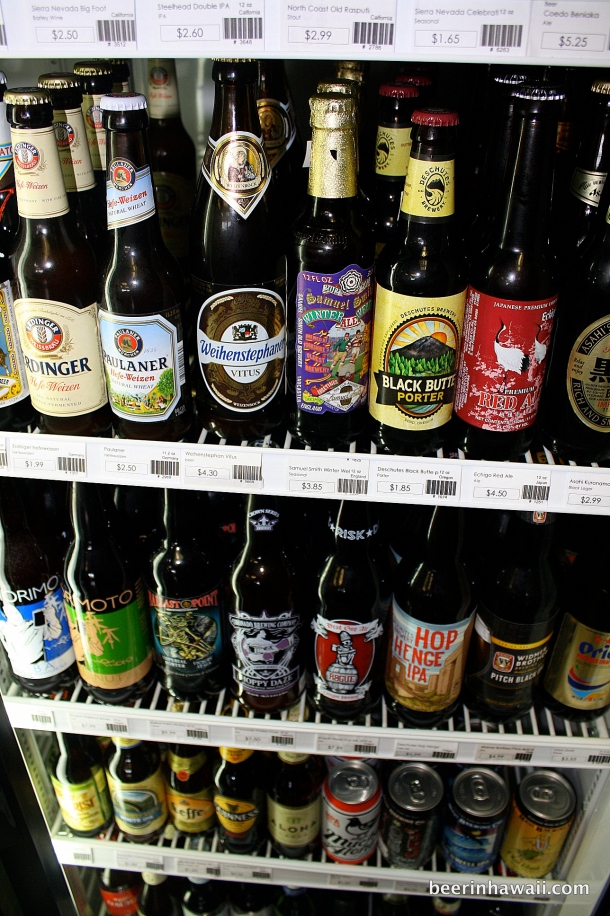 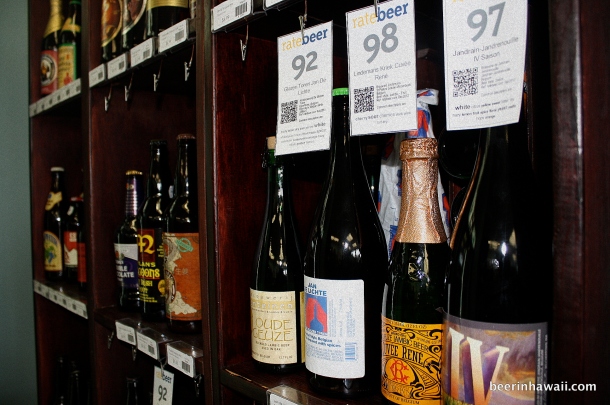 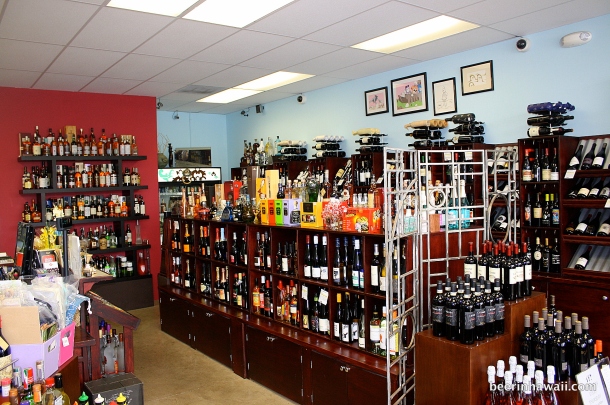