Portland and for that matter all of Oregon is a craft beer lovers heaven. How do Oregonians even decide what to drink each night with so many awesome choices? Lucky for us in Hawaii we’ll soon be able to savor another one of Oregon’s great breweries right here in the sun and the sand. Portland based Breakside Brewery will begin distributing to Hawaii later this summer. The first two beers will be Wanderlust IPA and Passionfruit Sour Ale in both kegs and bottles. 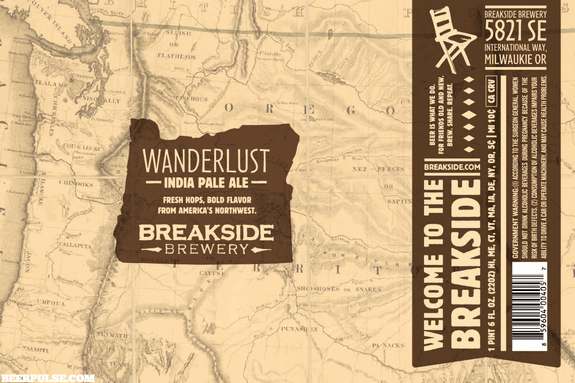 Wanderlust IPA: The only problem with our IPAs is keeping them in stock. To fulfill the desire for Breakside outside of Oregon, we crafted an IPA simply for export. Wanderlust is modeled after the India Golden Ale, a double IPA our very own Jacob Leonard brewed in collaboration with Ninkasi in 2013. It’s bright golden in color and has intense juicy notes of tropical and grapefruit. We use five pungent hops in this beer and keep the malt profile as light as possible so that the interplay of hop flavors can really shine. Whether you find Wanderlust in Portland or elsewhere, we’re stoked to share with you this new take on the Northwest IPA.

Passionfruit Sour Ale: An uncommon sour ale with a kiss of tropical fruit, Our award-­winning sour ale returns for 2014 as our official “summer seasonal.” Passionfruit Sour is brewed as a traditional German Berliner weisse, and then we add a unique, tropical twist. We use lactic acid­ producing bacteria to produce a beer that is light in body, extremely refreshing, and mouth puckeringly tart. The addition of passionfruit in our lagering tanks gives this beer an inviting stonefruit aroma.