2015 is shaping up to be a great year for new breweries opening up in Hawaii. I recently had the chance to stop by Lanikai Brewing Company in Kailua and check out their gleaming new brew system and tanks. Owner and Brewmaster Steve Haumschild gave me a tour of the production brewery that will feature a small tasting room. The team is busy getting the brewery fully assembled and hooked up while they await their final permits to brew. The fully electric brewery was configured by Haumschild who has a background in renewable energy and has a number of unique features (more to come on that later).

How did you all meet?
(SH) I met Brandon about 10 years ago through a mutual friend. Not long after we realized we had overlapping skill sets. I knew how to repair surfboards; he knew how to make beer. The activities are more complimentary than you’d think; the more we surfed, the more boards we damaged, the more beer we made. I met Dano in the in 2005 while racing sailboats together. At this time, Brandon had moved to the Mainland for a job relocation and Dano and I started brewing together. Al and I met in business school at the University of Hawaii. We both have a passion for craft beers and business. The four founders have complementary skills that are essential in this business, and we all share a collective passion for craft beer.

What made you want to take the leap from homebrewing to opening a brewery?
(SH) Nearly every passionate craft beer drinker and homebrewer has the idea to start a brewery. The only thing that makes us different was that we decided to chase our dream and go for it. You make beer because you love the ability to be creative and to share your craft. There is something magical about the smell of the grains being steeped and pitching the hops in the kettle. Slowly and patiently watching, testing, and waiting for the perfect moment when it’s ready to drink is the difficult part!

What is your vision for Lanikai Brewing Company? Will it be a full production brewery or a small neighborhood brewpub?
(SH) We are starting as a production brewery with a tasting room for visitors. Our passion is focused on making premium craft beer in Hawaii and initially we want to dedicate 100% of our efforts towards making beer. We love the brewpub concept and are open to exploring the option in the future.

How large of a brewing system will you be brewing on?
(SH) We have designed and commissioned a state of the art 10 BBL brewhouse with 3 x 20 BBL fermenters. We expect each batch will be around 600-630 gallons. Also, we have excess space in the brewery and we look forwarding to expanding the capacity when the time is right!

What was the reasoning for locating the brewery in Kailua?
(SH) Kailua is a great town with stunning world-class beaches. A majority of the founders live in Kailua. The town has a solid population of craft beer drinkers who appreciate quality and local products. Kailua has great bus access for our future employees and visitors. Also, for those that live in Kailua, they can paddle or bike to the brewery.

What type of beers can we expect from Lanikai Brewing Company?
(SH) We are starting out with an Imperial IPA and a Robust Porter as our initial launch beers. Both beers will have an island-style to them as well that we are stoked to have created. From there we will be expanding our portfolio to meet demand of what people are looking for in the craft beer market.

Are you currently brewing test batches and perfecting your recipes?
(SH) We do not need any excuses to brew new recipes or refine existing recipes as that is what we love the most. To date, we have tested over 40 different and creative recipes. 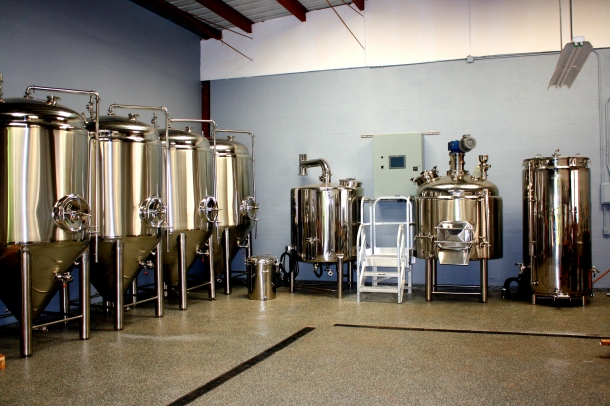 What professional brewing training have you had or do you plan to do?
(SH) Becoming a professional brewer is akin to becoming an executive chef. There are generally two routes: Either working your way up the brewery from the bottling line to the brew kettle, or attending professional training from an accredited school. I just wrapped up my course work at the Siebel Institute of Technology. In addition to the technical training, I have been brewing for over 10 years with a number of different brewers. While brewing is a life learning process, I have had experience ranging from nano-systems to large 25 BBL commercial systems. We also have a seasoned brewmaster with many years of experience at Alaska Brewing Company that works with us from time to time. I recently spent some time at Big Island Brewhaus and had a chance to work closely with Tom, Daniel and Kaiao. In addition to putting out some of the best local craft beers, they continue to be very supportive of our operations.

How can people help support Lanikai Brewing Company right now?
(SH) Just like any other business, we love to get the word out about the company. We would love to hear from craft beer consumers what types of beer would like to see on the shelves. If people really want to dig in, we are currently remodeling our facility and can always use some elbow grease! They can reach out directly to us via the Facebook page. We would also encourage people to follow us on Instagram. If you want to stay in the loop please visit our website at www.lanikaibrewing.com. Most importantly, people should be drinking and supporting all the local craft breweries.

When do you ideally see Lanikai Brewing Company opening?
(SH) It takes quite a long time to get a brewery off the ground! We are working diligently to complete the licensing and permitting process in the next three months, so that we can bring our local beers to the market in 2015.

The brewery also has plans to launch a Kickstarter campaign in January to help fund the build out of the tasting room.