A lot can happen in two years. For Downtown’s Square Barrels, it’s transformed from a burger and craft beer joint to one of the biggest supporters of locally brewed craft beer and now even brewing their own beer.

On Tuesday, April 11th, Square Barrels will be celebrating their two year anniversary with the release of a brand new beer brewed just for them, 4-1-1 Golden Ale. The new beer is the brain child of co-owners Hideo Simon, Thomas Ray and newly enlisted head brewer Phil Lisonbee and is the first of what they hope to be many more house beers.

Ray and Simon have slowly over the past two years transformed the draft list at Square Barrels into one that features almost predominantly locally brewed beers, but have always had ambitions to brew their own as well. The idea to jump from just serving beer to actually creating and brewing beer happened a few months ago when they connected with long time regular customer and avid home brewer Lisonbee. After taste testing a few home brewed recipes the trio set out on figuring out how they could get the brewing process started.

Since opening a brewery in Hawaii can be a long, expensive and tedious project, Ray and Simon decided it was best to first start out by having their recipes brewed by one of Oahu’s already operating breweries. Lanikai Brewing Company in Kailua agreed to brew 4-1-1 Golden Ale for Square Barrels and have it ready just in time for the second year anniversary. Along with Lisonbee, the Square Barrel team worked with Lanikai to scale up their recipe and brew the beer. Square Barrels also worked on a smaller test batch of a second beer, My Korean Wife IPA (named after Ray’s personal life), which they will debut at the anniversary party as well (MKW IPA wasn’t brewed by Lanikai and is only available for sampling.) 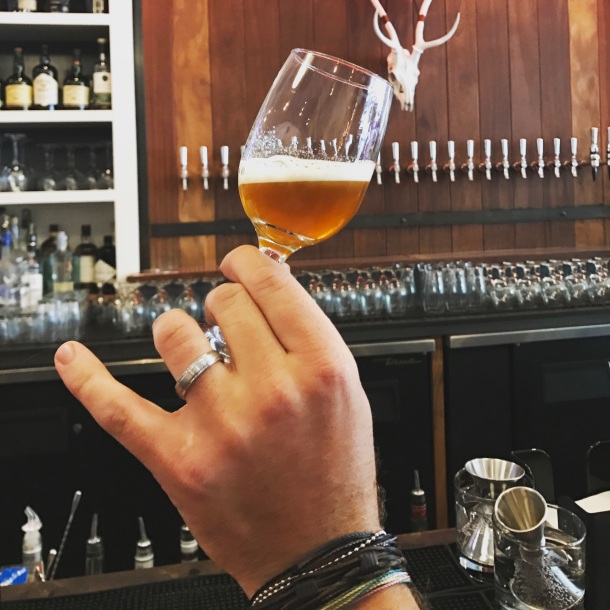 This is the first step in what Ray and Simon see as a move towards their ultimate goal of opening a full brewery to create their own beers. The pair has been actively looking for brewery space on Oahu and plan to continue to contract brew until they can secure a permanent location.

Square Barrel’s 4-1-1 Golden Ale is closer to a light pale ale with a bright hoppy finish. At only 5.1% abv, it’s rather easy drinking and finishes dry with some lingering hop bitterness. A soft, pilsner malt base provides just a touch of cracker breadiness to sit along with the vibrant citrus, pine and slight spice hop flavors. A solid first beer for the team and one that is sure to fit in perfectly with the burgers and fries they have become so well known for. 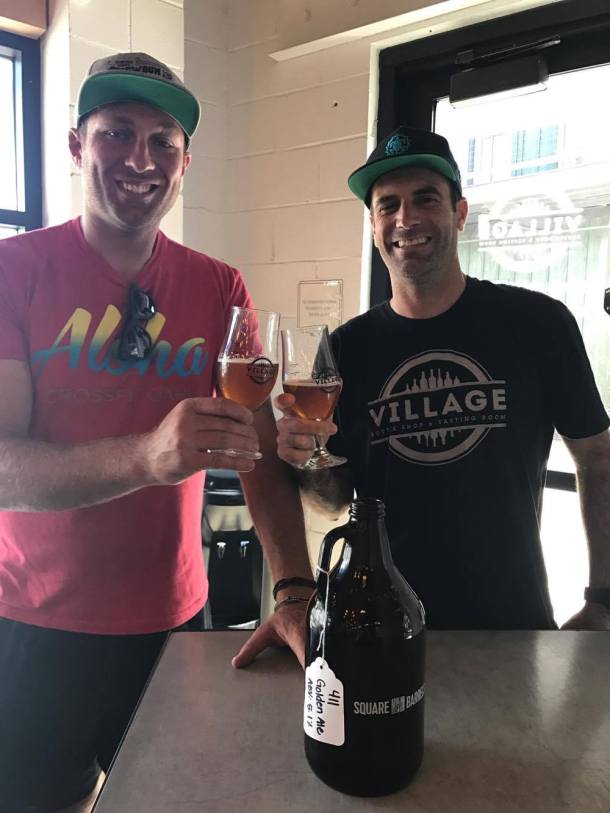