Honolulu will be brewery-less for not much longer! Honolulu Beerworks is getting closer to opening and brewing. I’ve been chronicling the progress of the brewpub with a series of articles for Honolulu Magazine. Part 2 was posted today here.

Owner and brewer Geoff Seideman has been hard at work transforming the once rundown Cooke St. warehouse into his dream of a fun and casual brew pub. Trust me when I say it’s be HARD work. Tons of debris and material need to be removed, concrete cut, trenches dug, painting, framing, conduits and on and on. All of this done in the heat of summer! But in a few short months, the building has been transformed and is beginning to look like a brewery.

Here are a few pictures of the transformation up until last week.

The large warehouse needed to be stripped down to the base structure. 25 tons of debris were removed. Fresh paint on the trusses. 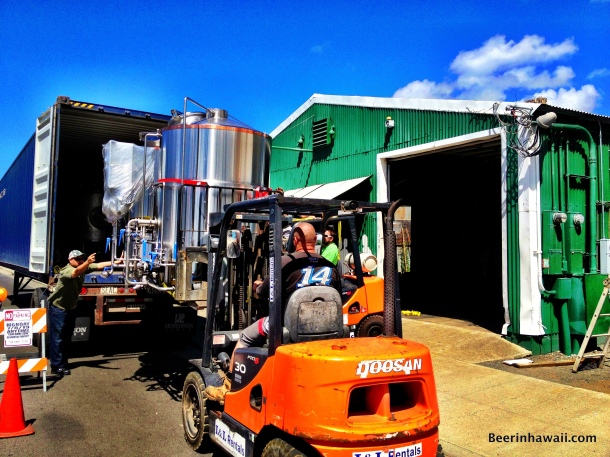 The 7 barrel brewhaus and fermentation tanks being delivered. Talk about precious cargo. Tons of stainless steel carefully unloaded off of the container and slowly, very slowly, moved into the brewery. 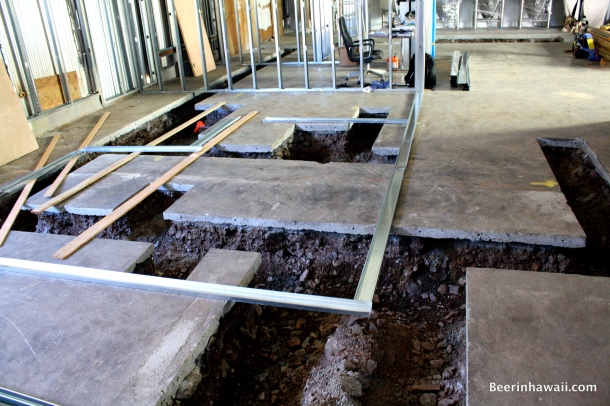 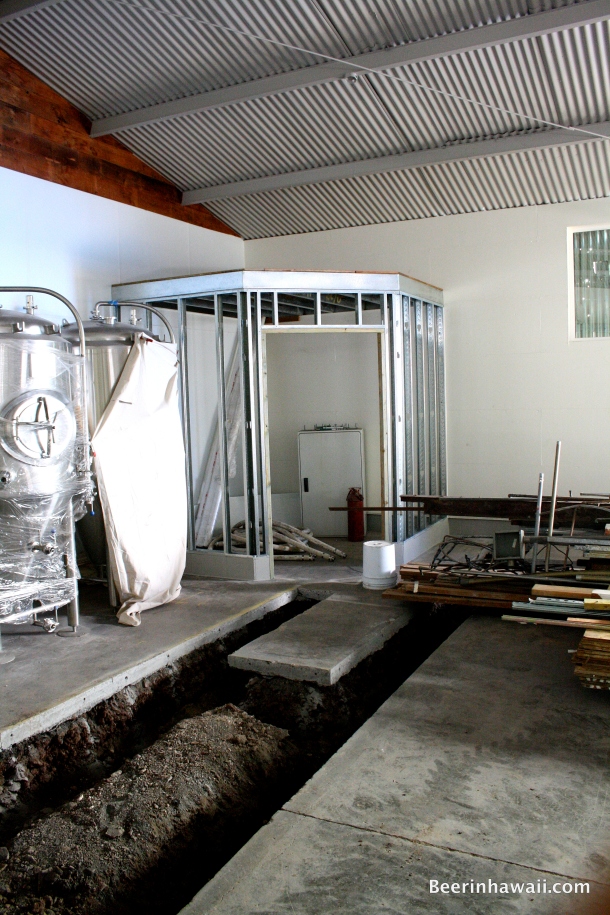 New plumbing meant cutting the cement flooring to be able to dig trenches. 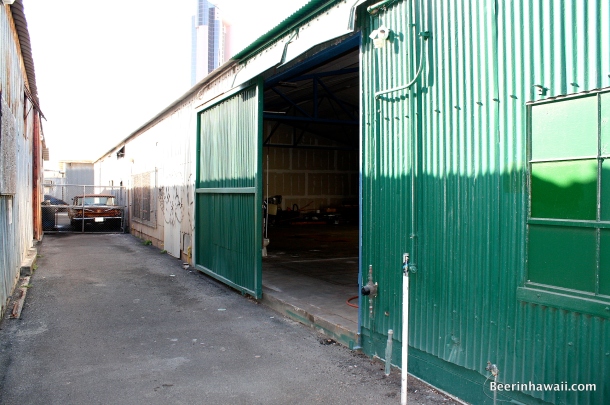 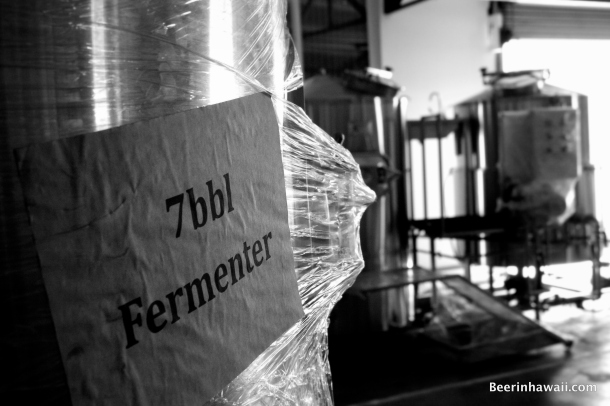 4 seven barrel fermentors waiting to be filled. Notice the wood in the top picture. That’s reclaimed wood from ReUse Hawaii that will be used throughout the brew pub. Geoff has made a point of using as much reclaimed and recycled material as possible in the building.

The grain room next to the fermentation tanks.

The interior walls have recently gone up and hopefully will be closed up this week once inspections are completed. Then bright tanks (seen here) and the rest of the brewery can be bolted down. Kitchen equipment can also be installed.

All of the plumbing has been installed and the trenches filled. Here is the main drain for the brewery.

The bar wall is up. It’s a massive wrap around bar that will seat a ton of people. Those choosing to sit at the bar will get the best view into the brewery. 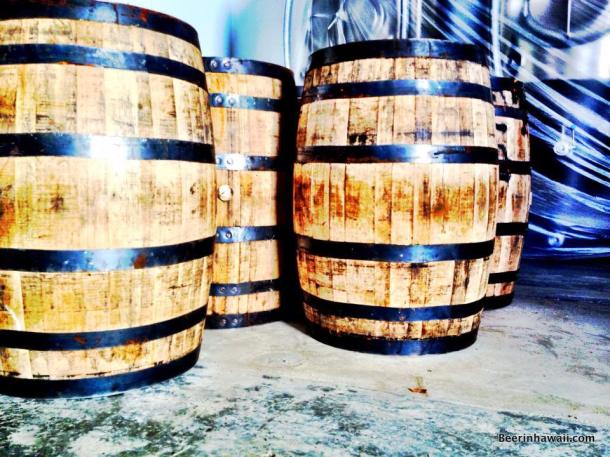 A second container full of more equipment for the brewery, including 18 barrels from Heaven Hill and 8 wine barrels, was delivered last week. These things smelled like sweet heaven. I’m sure everyone is excited to see them filled and maturing with beer in them.