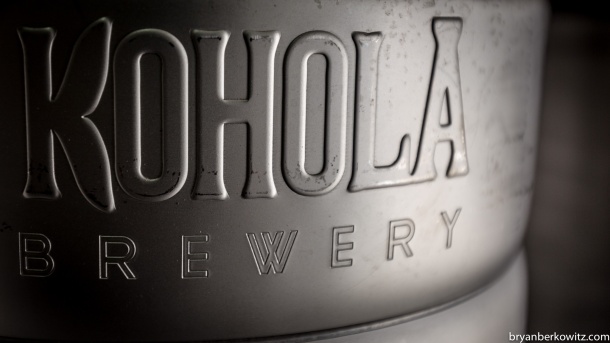 After many months, a lot of blood, sweat and tears, a few valuable lessons and of course a ton of money, Kohola Brewery has finally opened its doors to the public. In Hawaii, it’s tough to open any type of business, but the costs and demands of a brewery make even tougher.

Like many home brewers, Justin Brouhard, Ian Elumba and William Ramirez, all dreamed of one day turning their passion for brewing into a business. It wasn’t until Ian’s wife, Christine, and William’s wife, Susan, pushed the idea of opening a brewery  that the trio decided to turn their dream into a reality. 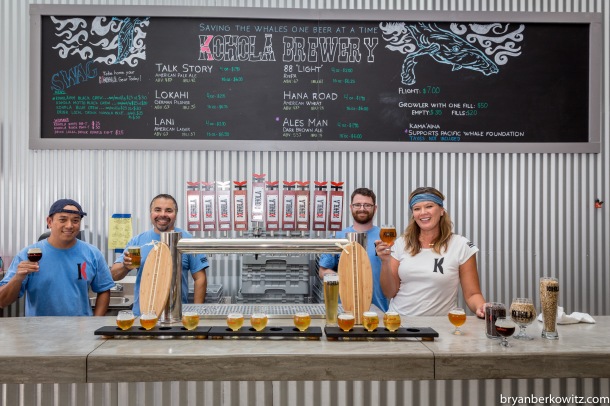 Maui’s second brewery is in a very familiar location. Kohola purchased the old Maui Brewing Company brewing facility in Lahaina and spent over 8 months refurbishing the space. Although they walked into a fully turn-key brewery, the space and equipment still required a lot of work. The 25 barrel system was set up as a packaging brewery and had been customized over many years by the Maui Brewing team to keep up with their growing output. 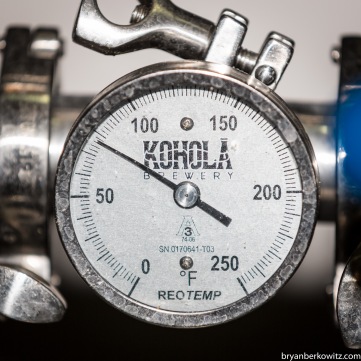 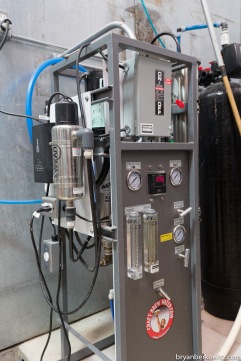 Kohola is starting out as primarily an on premise brewery, meaning they will be filling kegs and selling beer directly at the brewery or at a few select local bars. The Kohola team slowly converted the system to fit their brewing needs and also had to refurbish and purchase new equipment. 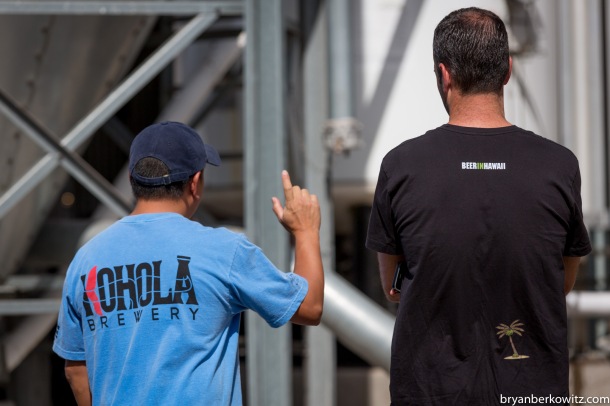 A new expansive tasting room and bar was added to the front of the brewery, which is where I was able to taste Kohola’s first six beers. I was joined by Maui based photographer Bryan Berkowitz as well as Kohola’s newly hired brewer Andrew Brunson, who recently relocated to Maui from West Sixth Brewing in Kentucky. 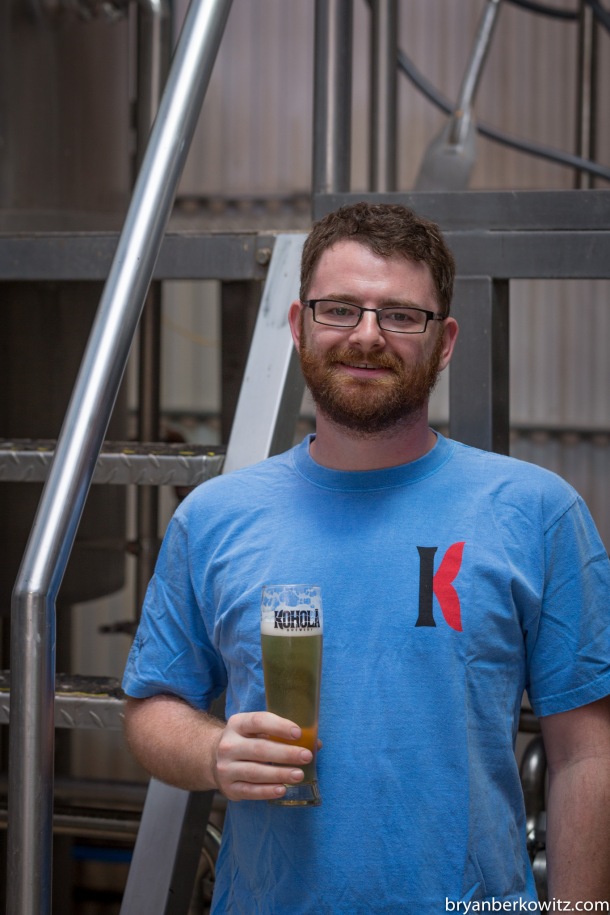 Kohola’s initial line up consists of six beers, ranging from a light American lager to a dark and roasty American porter. I thought it was incredibly ambitious for a brand new brewery in Hawaii to open with two light lager styles, but William said they want their beers to be approachable and drinkable. On a hot December day in Lahaina, I couldn’t disagree with that. 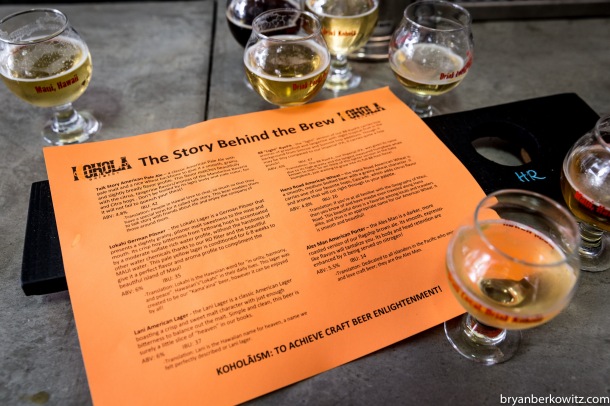 The true standouts for me were the IPA and American Porter. It was refreshing to see an IPA with only 6% abv, but still full of hop flavor and a nice punch of piney/citrusy aromas. A touch of rye adds just enough character to the malt to compliment the hop flavors. This isn’t a big sticky and spicy rye IPA. The rye is subtle and plays a supporting role, helping this beer stick to the breweries goal of drinkability.

The American Porter served on nitro took the award for aroma. The deep brown, not quite black beer was full of deep chocolate and coffee notes that were warming and comforting. Despite being dark and loaded with robust roasted flavors, this porter was very drinkable with a creamy, medium body. 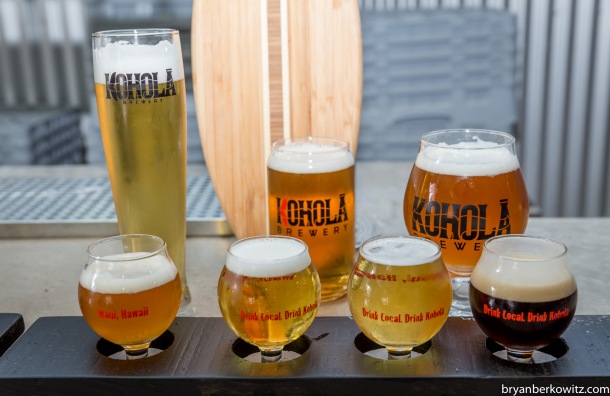 The German Pilsner and American Lager are both well made. I was surprised to see two lagers, considering they take a lot longer to make (6 weeks instead of 2) and these were the first batches made on the new system. It is a big risk for a new brewery to start off with two light lagers where no brewing flaw can hide, but both came out well. I preferred the American Lager for it’s crisper malt aroma and dryer finish. I would have liked for the abv to be a bit lower than 6%, which would make this a bit more sessionable.

Two other light and sessionable ales rounded out the initial line up, a 4.8% American Pale Ale and an American Wheat. Both were respectable and I can see where they are going with these beers, but they lacked the bright tropical hoppy aromas I was hoping for. 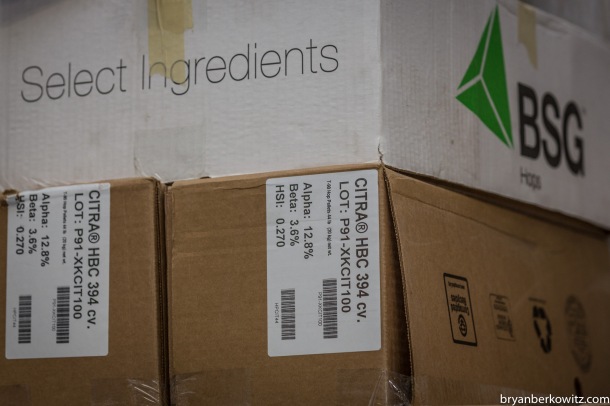 With a hop contract secured and stacks of brand new kegs, Kohola wants to make a big splash into the market. Their initial plans are to self distribute to about 5 bars and restaurants and slowly grow from there. The tasting room is large, spacious and allows you to look right into the brewery to watch all of the action.

I want to thank the team at Kohola for hosting me at the brewery and giving me a wonderful tour. (Full disclosure: Kohola Brewery provided my transportation from Oahu to Maui.) 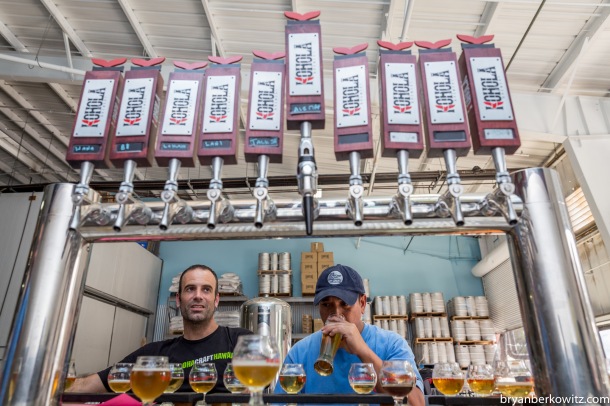 7 thoughts on “Welcome to Kohola Brewery”

Error: Twitter did not respond. Please wait a few minutes and refresh this page.