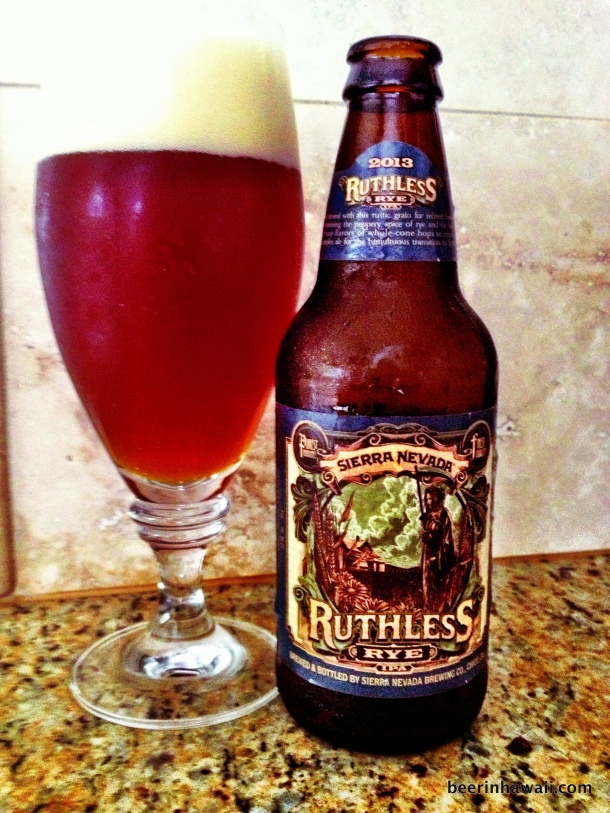 Sierra Nevada’s Ruthless Rye IPA is another seasonal release that makes it way to Hawaii every Spring.  This is fantastic hoppy IPA that is surprisingly smooth and mellow for coming in at 55 IBUs.  You’ll instantly pick up huge citrus notes from the aroma that come from a mixture of Chinook, Citra and some new experimental hop varieties.  Rye is used as part of the malt bill in this IPA, which most people say lends a black pepper like spice to the taste.  It’s not instantly detectable, but it does help create a very dry finishing beer that allows the hops to really shine.  It’s a big, strong and balanced IPA, but it won’t kill your tongue with bitterness.

For any IPA lover, this is a beer you want to try.  Sierra Nevada is widely distributed in Hawaii and you can find both 6 and 12 packs at most retails outlets.  You’ll also find it on draft at finer bars around town.  Real also has a cask of Ruthless that may still be available.