UPDATE 8/27/14 – Many of you have been asking about the status of the distribution company. There obviously has been some delays and the timeline has shifted. Don’t worry, you’ll still get your Stone, Ale Smith, etc. Some things are worth the wait right? Here’s an update I received from Maui/Stone Operations Manager, Zach Nowicki:

We are very excited to open a new chapter in craft beer on Maui with the introduction of Maui Stone Craft Beverages. Our original plan to begin distributing by April/May was definitely a bit over zealous.  Like any new business we have experienced a few setbacks and obstacles but are coming out of them as a stronger and safer company. We are working through the last of the issues now and although cannot give an exact date as to when we will begin distributing, we are very close. We know craft beer lovers have been waiting with anticipation and enthusiasm and soon the wait will be over and the amazing beers will speak for themselves.

Marrero says they are targeting May to begin delivering beers to accounts throughout Maui. Beers will be shipped from Stone’s distribution center in San Diego and include many breweries from Stone’s Southern California portfolio (initial brewery list below). Stone’s vast distribution portfolio allows this new venture to ship multiple different brands at one time to the island versus trying to fill a shipping container with one brand.

There are plans to eventually expand to all Hawaiian Islands, but there is no exact timeline. It was an obvious choice for Maui/Stone to start distributing on Maui, where MBC has been self distributing their beers for years. Marrero’s goal is to make sure that all of these great beers make it to every craft beer lover in the state, but the plan is to start small and grow.

We can expect to see a steady supply of the core beers from each brewery with the occasional seasonal and specialty release. Plenty of Arrogant Bastard, Stone IPA, Racer Five, Dale’s Pale, White Rascal, etc. Don’t expect to get every rare release from any of these breweries yet, but as our market grows, it may be a possibility. Plans are to bring in both bottles and kegs, so encourage your favorite bar to request your favorite beers from these new breweries.

The formation of Maui/Stone Craft Beverages instantly adds a huge variety of beers and brands to the Hawaii market. There are also plans to continue to bring in more craft brands as the company grows. As the craft drinking community grows in Hawaii, the more great products we’ll get. Sales equals more good beer! 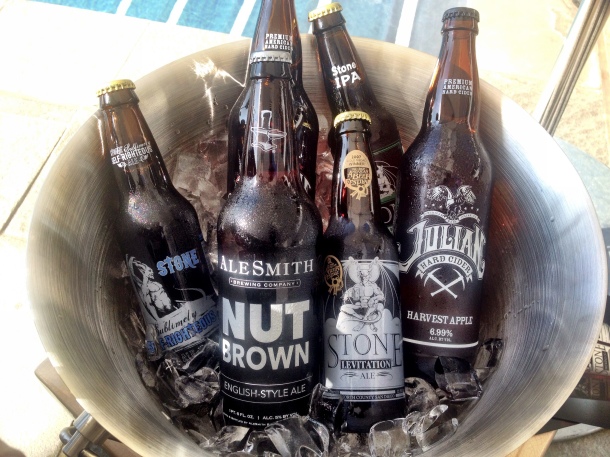 Lahaina, Hawaii (Feb. 14, 2014) – Maui Brewing Co. is pleased to announce that the authentic Hawaiian craft brewery is partnering with San Diego, CA-based Stone Brewing Co. to create a craft beer distributor, by craft brewers for craft brewers: Maui – Stone Craft Beverages. In addition to making Stone’s beers available throughout Maui for the very first time, the new company will have an amazing portfolio of other craft beer brands arriving to the island. The ultimate goal of this joint venture is to elevate craft beer awareness island-wide and bring more authentic craft beer to Hawaii.

Targeting April 2014, Stone will begin shipping a diverse portfolio of bottles and kegs to Maui from San Diego by way of refrigerated containers. Once beer arrives to the Hawaiian Island, it will be hitting a 16,000-square-foot distribution center with a 4,500-square-foot cold storage area. Stone Brewing’s and Maui Brewing’s joint efforts will ensure that fans have the opportunity to purchase various fresh craft beer brands for on-site and off-site consumption throughout Maui that will include:

This is only the latest chapter in Stone and Maui Brewing’s cooperative history. Long before this partnership, Maui Brewing Founder Garrett Marrero enjoyed a close relationship with Stone Co-founders Greg Koch and Steve Wagner, and the two companies have worked together to attain mutual success.

“Ever since Greg and I initially met and shared a cab in 2006 during the Seattle World Beer Cup, we have had a positive and continuously growing relationship as craft beer comrades,” said Marrero. “A major part of Stone’s and Maui’s successful relationship can be credited to both companies having aligned visions for the growth of craft beer, including environmental sustainability, regard for the community and uncompromising business ethics. Maui – Stone Craft Beverages is just another foray in the brewing companies’ shared mission of bringing great beers to deserving fans.”

Since 2008, Maui Brewing Co. has employed Stone Distributing Co. to make its craft ales and lagers available to retailers throughout Southern California. Additionally, in 2009, Maui Brewing Co. contributed to the collaborative brewing of the Ken Schmidt/Maui/Stone Kona Coffee, Macadamia, Coconut Porter, and helped Stone secure special ingredients for the beer through its distributors.

As a result of this new distribution partnership, people living on Maui can expect a dramatic increase in craft beer selections from notable brewers around the U.S. Most importantly, because of this joint venture, the Hawaiian island is about to become even more flavorful for residents and visitors alike!
Maui Brewing Co. is a craft brewery based in Maui, HI. As the largest authentic Hawaiian brewery, it currently has one brewery in Lahaina, and one brewpub in Kahana that creates more than 40 different styles on a rotating basis. In 2005 Maui Brewing Co. produced 400 barrels from the single brewpub and expanded into an additional brewery location in 2007, producing a little over 20,000 barrels in 2013.

MBC has remained consistent in the vision, “Handcrafted Ales & Lagers Brewed with Aloha”. This means respect for the environment, the community, its people, and company ethics are considered in every high-quality craft beer brewed. The beers have been recognized worldwide for quality and innovation winning more than 100 medals in a short history.

Maui Brewing Co. is currently in construction to move production to a state-of-the-art brewery in Kihei. This will help meet current demand, and give the ability to open additional markets. The goal is to be brewing, drinking, and shipping beer from this new brewery in June 2014. 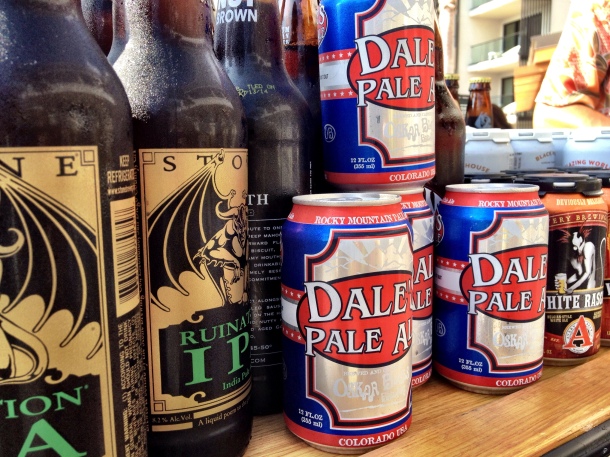